As we continue using the Superflex program, we spend a lot of time discussing the Unthinkables. Just a recap…Superflex is the social hero! He uses a flexible brain and skills to outsmart the Team of Unthinkables! The Unthinkables are full of powers that sometimes come over our brains. We have to do our best to avoid Rock Brain by using our Superflex Strategies. The Superflex program is written by Michelle Garcia Winner and Stephanie Madrigal. 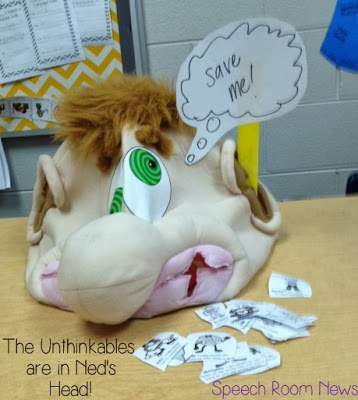 This week we used Ned as our student head. The Unithinkables ALL took over Ned’s head. 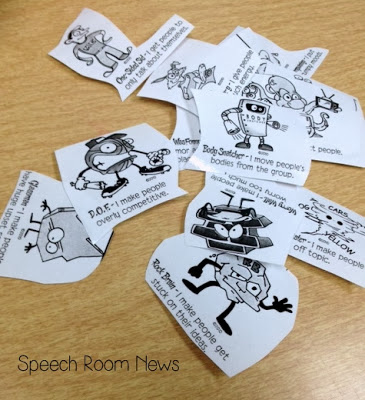 We took turns pulling out Unthinkables from Ned. We named the Unthinkable, described it, and then gave a real-life example.

We spent most of our time identifying more subtle instances of the Unthinkables. For example, most often my student would give an example that was unrealistic and over exaggerated. When one student pulled ‘Space Invader’ he commented that Space Invader might make you sit on someone else’s lap. I helped redirect the conversation to more realistic instances of proximity issues. We discussed the appropriate space between peers at the computers and in the lunch room.   My students are started to get very good at identifying the Unthinkables in books or characters. We are working through some issues of argumentativeness when they identify the wrong unthinkable or when two students disagree. Hopefully we’re closing the gap to identifying when WE are being attacked by these Unthinkables!  Anyone else using the Superflex program? Having fun? Having success? Any roadblocks?