If you’re on pinterest you’ve likely seen the french fry sight words or french fry math games popping up everywhere. I decided to steal borrow this fun idea. I of course gave it a speech makeover! Here is my version of French Fry Artic! 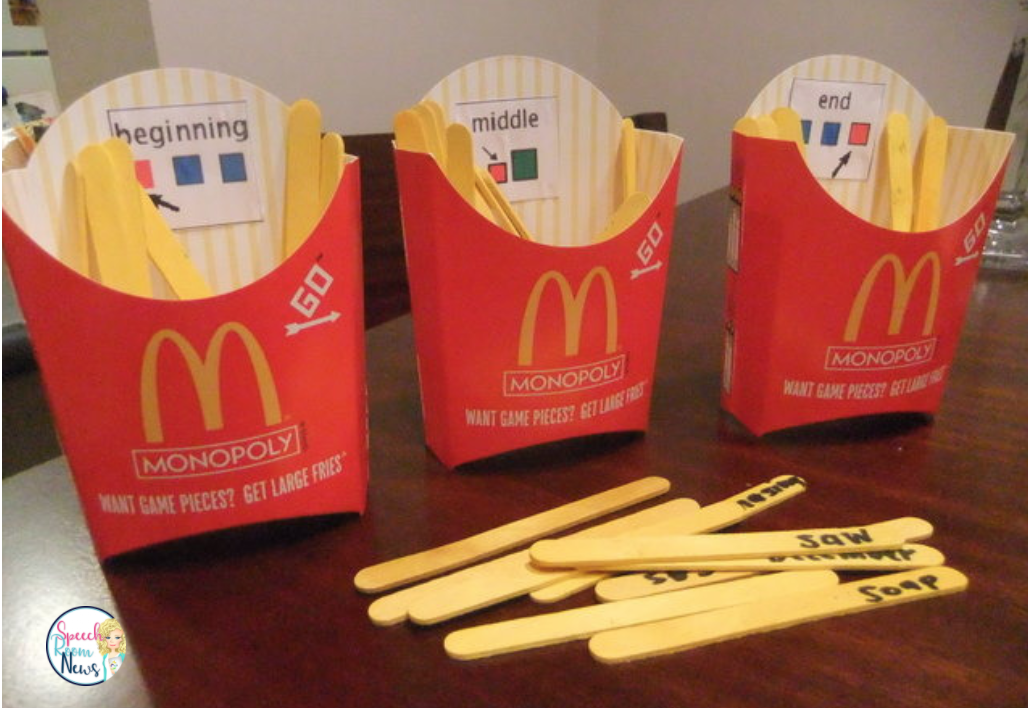 The golden arches gladly gave me a few french fry boxes when I asked. I made Boardmaker symbols of beginning, middle and end. Popsicle sticks became french fries with target words written on them. Students say their sounds and then identify where the target sound is in the words. Easy to make and something new for the littles.