Ahoy! It’s pirate week for my preschoolers! Here’s a peek at some speech and language ideas for preschoolers! 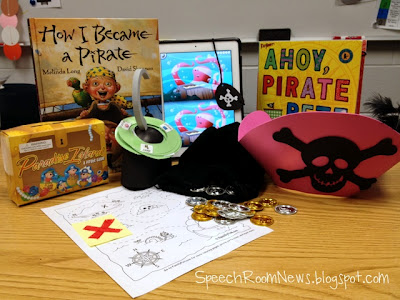 The book I read at circle was How I became a Pirate, which is a cute book about a boy who becomes a pirate. That is until he finds out you don’t get goodnight stories and tuck-ins when you’re a scurvy dog! 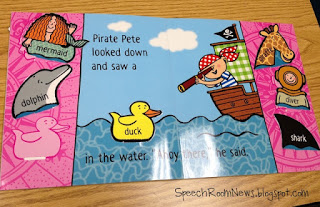 I also read Ahoy, Pirate Pete with a lot of my students during individual speech sessions. It’s a ‘you choose the story’ book! The kids think it’s really fun. I love the simple words and the extra practice we got naming all the story choices. I let the student read through and pick one story piece to add to each page, before we retold it a few times. 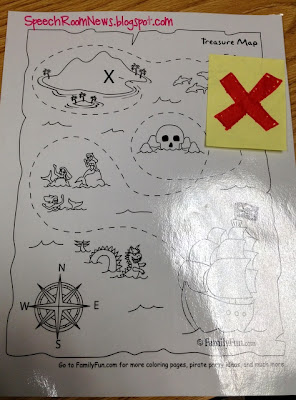 To target following directions, spatial concepts and temporal concepts, I created a treasure map activity. You can grab the download here. I laminated the map and them took a post-it note and added an X for the treasure. Students took turns telling each other where to hide the treasure (ie: under the island.) 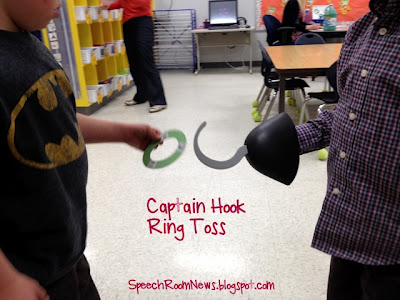 This Captain Hook Ring toss was a BLAST! First Step get out your pirate hat, eye patch and hook! 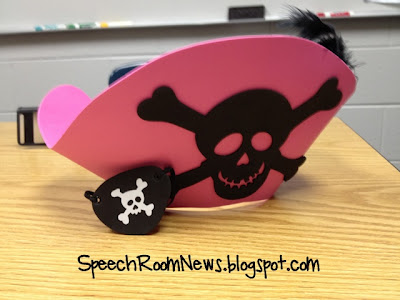 I got these at Michael’s or JoAnn’s during one of their good sale days last year! So dress your little guys up like Captain Hook and Blackbeard. Then put the hook on one student and give your hand made rings to the other student!  I wish I could show you how cute my little pirates looked! 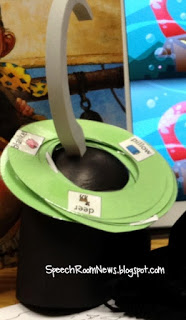 I used our Ellison die cut machine to cute large letter O’s. Then I put 3 pictures from boardmaker on each ring. I made these rings with associations in mind. The student has to name which to pictures go together. For other students we made sentences with the words, pronounced words, and identified vocabulary.

I made this file folder articulation game. First you need to find a pirate picture (I got this ‘coloring sheet’ one online, but not sure where.) Then my students had to draw out of a black bag to find an eye patch for our pirate!  The eye patches had velcro on the back. If they got a pirate patch, they identified the picture on the patch, said it in a sentence or came up with a rhyme. They were on the look out for lucky treasure chests too! Once they found all 5 they won the game! 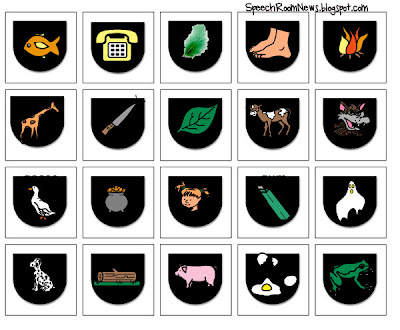 The eye patches can be grabbed for free right HERE. They feature /g/ and /f/ words. 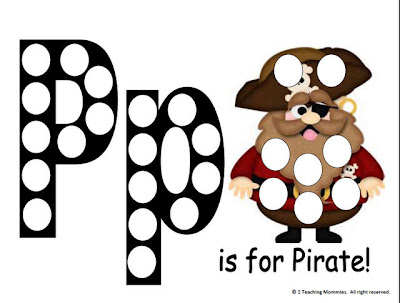 I used this cute printable from 2TeachingMommies. I’m using it with magnetic bingo chips and wands. Kid’s earn chips for completing any learning target! Grab it in a packet here. 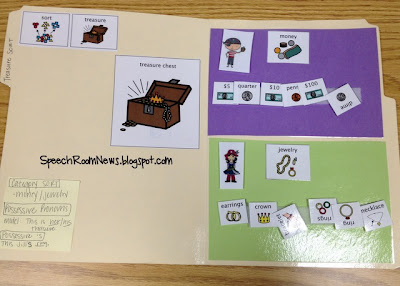 Here’s one other quick file folder game! I made is this treasure sort. I had student sorting money and jewelry. I put a picture of a girl and boy pirate on each so we could work on possessive pronouns and possessive nouns while we sorted! (This is HIS penny. This is Annie’s ring.) 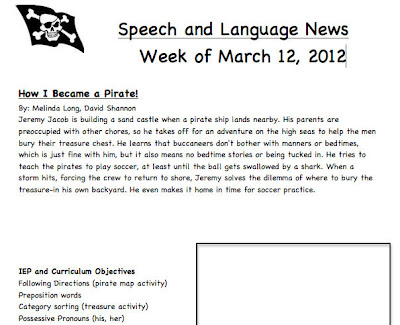 Here is a view of my therapy note for the week! You can download the PDF version here to take a closer look.  Ahoy Matey, Grab these free apps! There are several free pirate apps out there on itunes. I tried out a lot of them for you and these are my top 4 free ones easily used in speech. 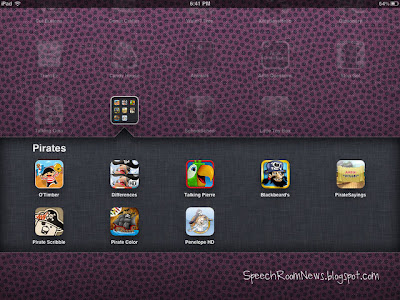 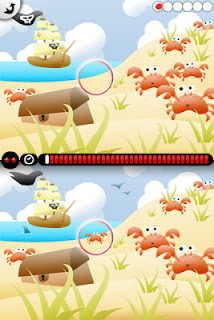 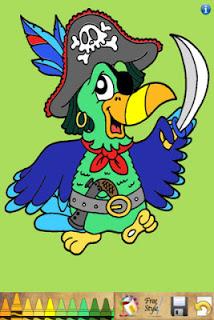 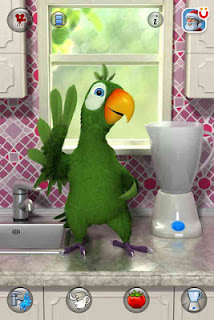 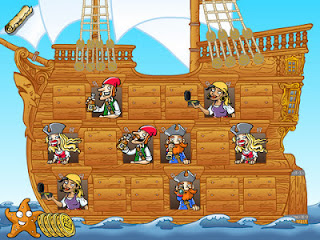 No ipad? No problems, just play a hands on game of Pop Up Pirate! 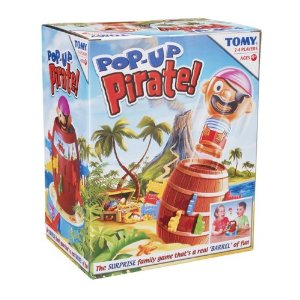 Have fun with your mates this week!