My preschool caseload is heavily phonology and articulation this year in a few classes. The kids and I are already looking for new ways to practice our sounds. I know it’s been a lot of drill when they whine about iPad flashcards! 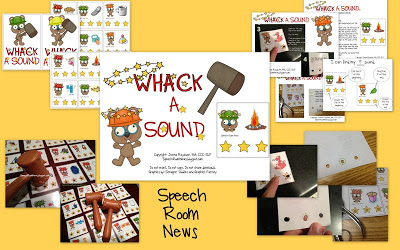 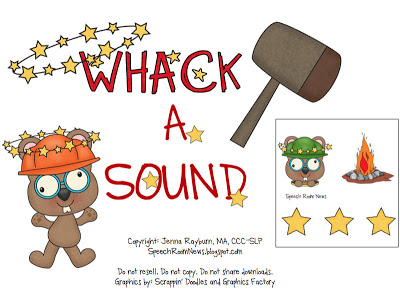 I made an activity called ‘Whack A Sound’ using this adorable Whac-A-Mole clipart. It’s a game intended to help my kids start listening for their sounds and identify in which position they hear the target sound (initial, medial or final). 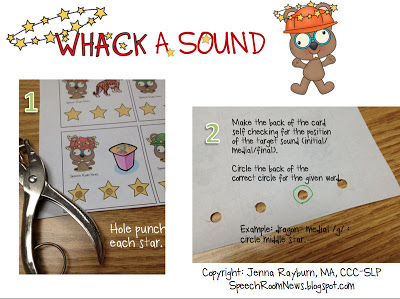 The directions have pictures so you can make sure to set up the cards correctly! Hole punch each star in every card. Then draw a circle on the back of the card around the correct answer for the given picture (initial, medial or final). 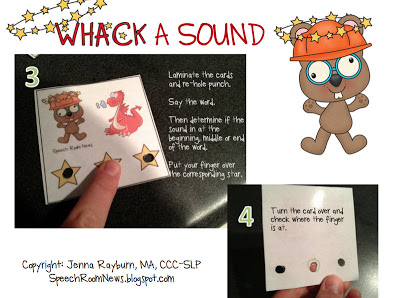 After you laminate re-punch each star. Students should say the word for each card. They identify if the target sound is in the initial, medial or final position. They put their finger over the correct hole, then flip the card over. The cards are self checking and they will see the circle drawn around the correct location. 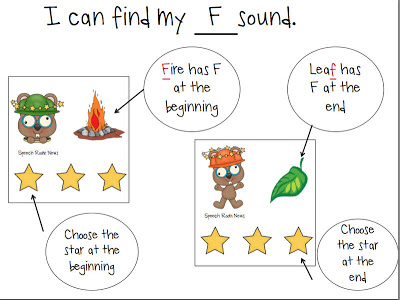 I included this poster to use when you are teaching the students how to play the game. 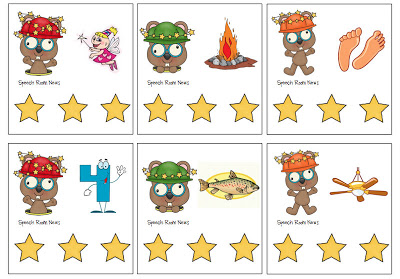 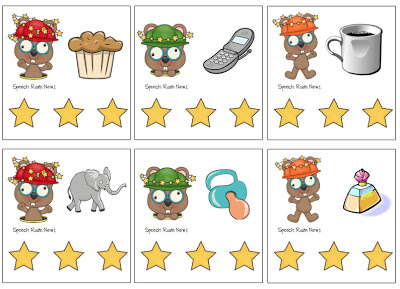 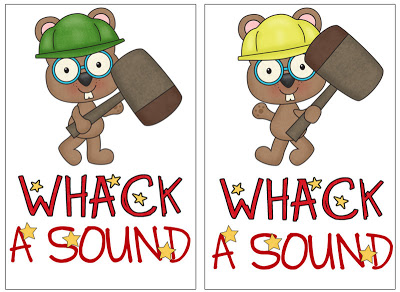 I used these ‘mats’ as a place for the kids to keep track of their cards during game play. To kick it up a notch I pulled out the game Whac-A-Mole from the toy closet. A thrift store find that even came with working batteries! 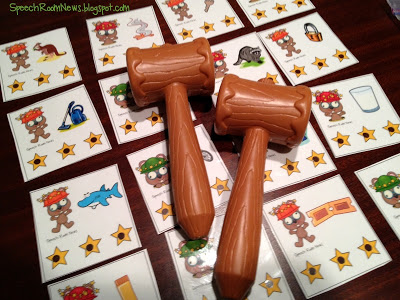 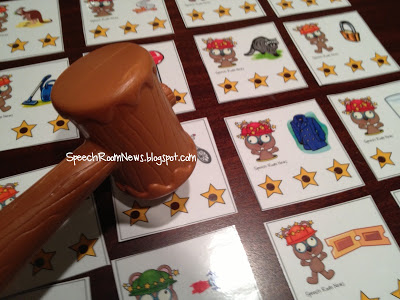 After we identified the position of the target sounds in the cards, I spread the cards out over the table. Then I gave the students a plastic hammer from the game. I said a word and they tried to be the fastest to ‘whack’ that mole and picture. Then if they said it correctly they got to keep that card. If they produced it incorrectly the card stayed in play. 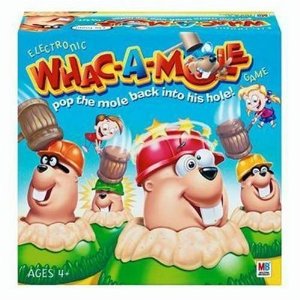 Apparently they don’t make this game anymore because on Amazon it costs $89 and is a collectable. Look for it in your local thrift shop. Or test out this similar version. We played a quick regular game of Whac-a-Mole at the end of our sessions. It’s fun! Grab the FREEBIE /s/ version here.  Grab the K,G,F version here. This set of sounds is my most used for my preschool caseload this year, so it was my first priority.  Leave a comment and let me know what other sounds you need for the next set! 12/3/12 – Update: Based on feeback I made a PBM set that is available in my TPT store! Added SH, CH, J set today! Added L, Lblends and Sblends! 12/7/12 Prevocalic and Vocalic R