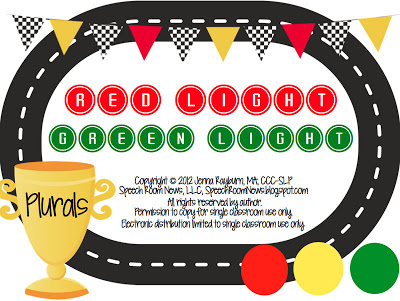 I found this great game at Goodwill this week. It’s called Red Light, Green Light.  I got it for a buck and it even had all it’s pieces! It’s made by Zwiggle, but as far as I can tell, it isn’t made anymore. I did the google search with no avail. 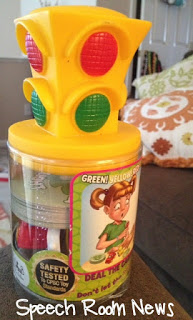 The game is played sort of like spoons. You put little cars in the middle of the game. Most of the light cards are yellow and green with just a few red mixed in. Students flip cards over quickly each taking turns. When a red card is flipped, they grab for the cars in the middle of the game. The student left without a car has to pick up the stop sign. Once you get three stop signs, you’re out!  Although I can use this as a quick and easy reinforcer I decided to make my own version with some goals a lot of my kids are working on!  I’m starting with Red Light, Green Light: Plurals 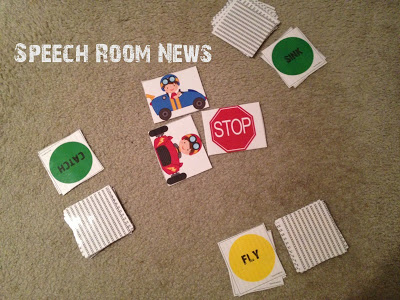 I printed black x’s on the back of my pictures because I was out of card stock. You really can’t have the kids seeing through the paper on these!

Red Light, Green Light: Plurals Print each set of cards. Keep the irregular and regular decks separate for beginning learners. If students have mastered the sets separately, combine the decks to increase the difficulty. Place the cards and stop sign playing pieces in the center of play, so that each child can reach them.            2 players:  1 car, 1 stop sign            3 players: 2 cars, 1 stop sign            4 players: 3 cars, 1 stop sign Deal the light cards to all players equally facedown in front of each player. To play, students take turns quickly turning over the light cards, reading the verb, placing it face up in a pile, and stating the plural form. (ie: flips over green light: reads ‘mouse’, says ‘mice’). Other students should listen and check the verb change for accuracy. Play should continue quickly from each player. Flipping the cards quickly will ensure everyone has a fair chance to see the cards at the same time. It will also encourage fluency with the skills. Continue flipping cards over until a red light is pulled. When a red light is pulled, the students quickly grab a car icons from the center of the table. The student left with the stop sign earns a strike. On the trophy sheet, place the student’s name on the line. Place an X next to the name of the student who is left with the stop sign. Play with the 3 strikes you’re out rules! This game works well with different levels of students because ‘winning’ is based on speed in reaching for cards, rather than language skill. 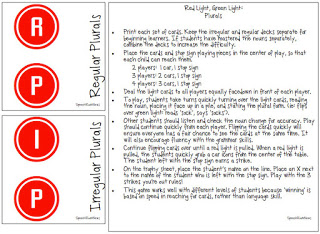 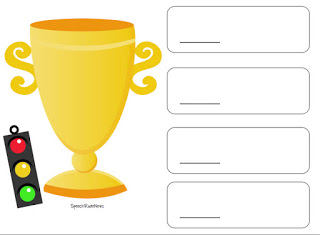 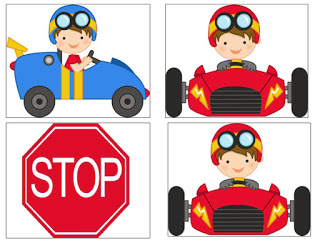 Cards to grab for when you see the RED light! 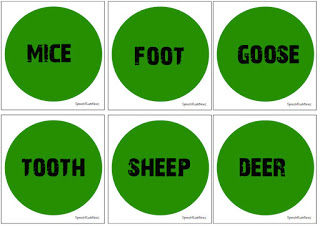 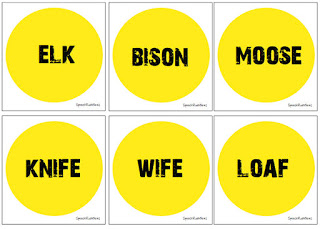 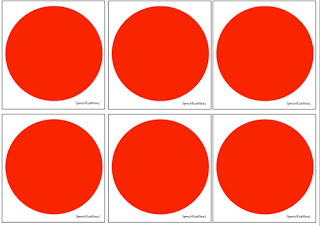 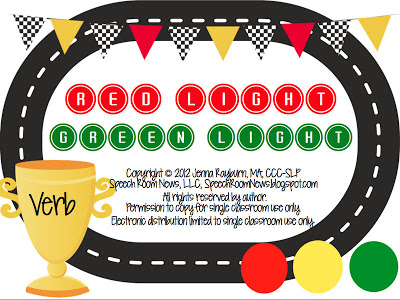 I also made regular and irregular verb sets. Find the Verb Red Light, Green Light game on TPT. Plurals can be found here!  Updates: 12/14/13. Based on your requests, I’ve added the first articulation version to TPT. It includes /s/, s blends, /l/ and l blends in all positions with pictures and words.  Let me know what you think!