Last month I got an email about a new player in the SLP app game. I love meeting new developers and checking out their apps so I volunteered to write a new review. Speechmark Publishing has always published print materials but they recently made some of their print materials into apps. They currently have 5 apps available on iPads:  Basic Sequences, Sequences 4 Step, Sequences 6&8 Step, Everyday Objects, and What Can You See.

What Can You See? is an app for inferencing, predicting, and problem solving. A hidden picture is slowly revealed a little at a time. 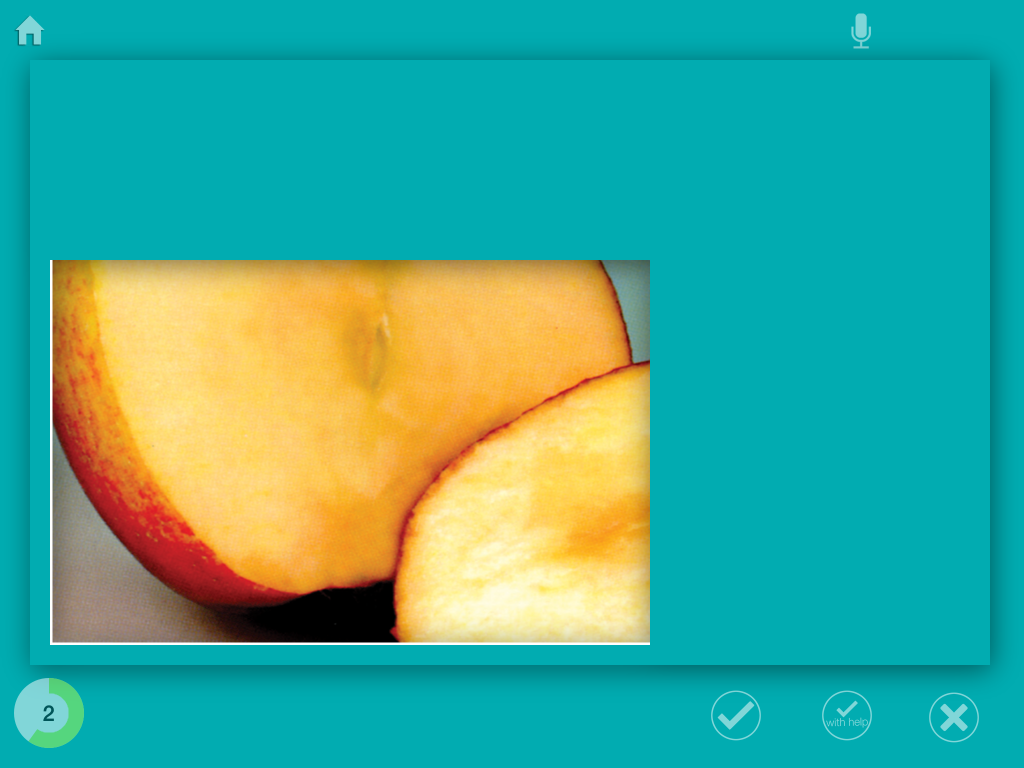 What Can You See?  ($1.99) has 30 images. Each picture starts mostly hidden with just a corner visible. Each time you tap, more of the image is visible. The app works great for both receptive and expressive language skills. I had my students describe what they saw on each page even if they didn’t have a guess for what the item was. Ex: Part of the image is peach colored and part of the picture looks red. The item is round and looks like an apple.

Everyday Objects ($1.99) has 48 images for basic noun naming. The app has a few extra prompts like one to ‘tell me about this’ for describing, but the app is basically just noun flashcards. 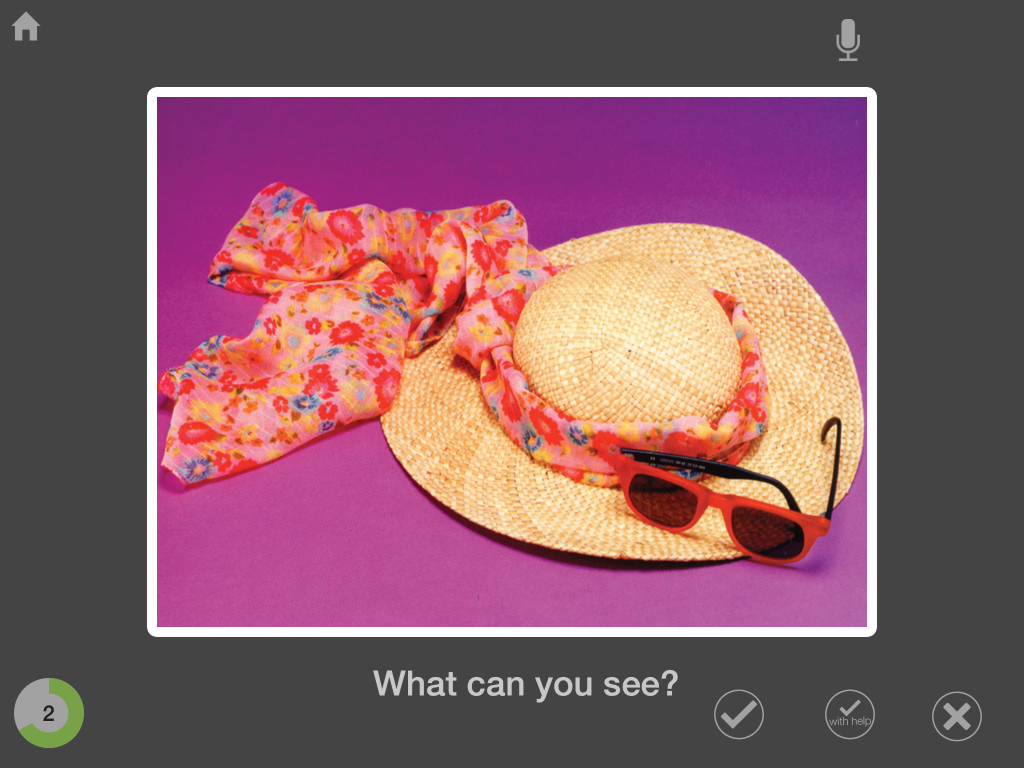 Some of the flashcards are common objects but a lot of them are not vocabulary I would consider important. There was one photo I couldn’t identify. Other photos, like what appears to be cement mix and a tool, are not applicable to most adults. The photos certainly aren’t developed for pediatric therapy.

ColorCards Basic Sequences ($1.99) has sixteen 3-step sequences. You can sequence the pictures, use a ‘guess what happens next’, or describe the sequence. 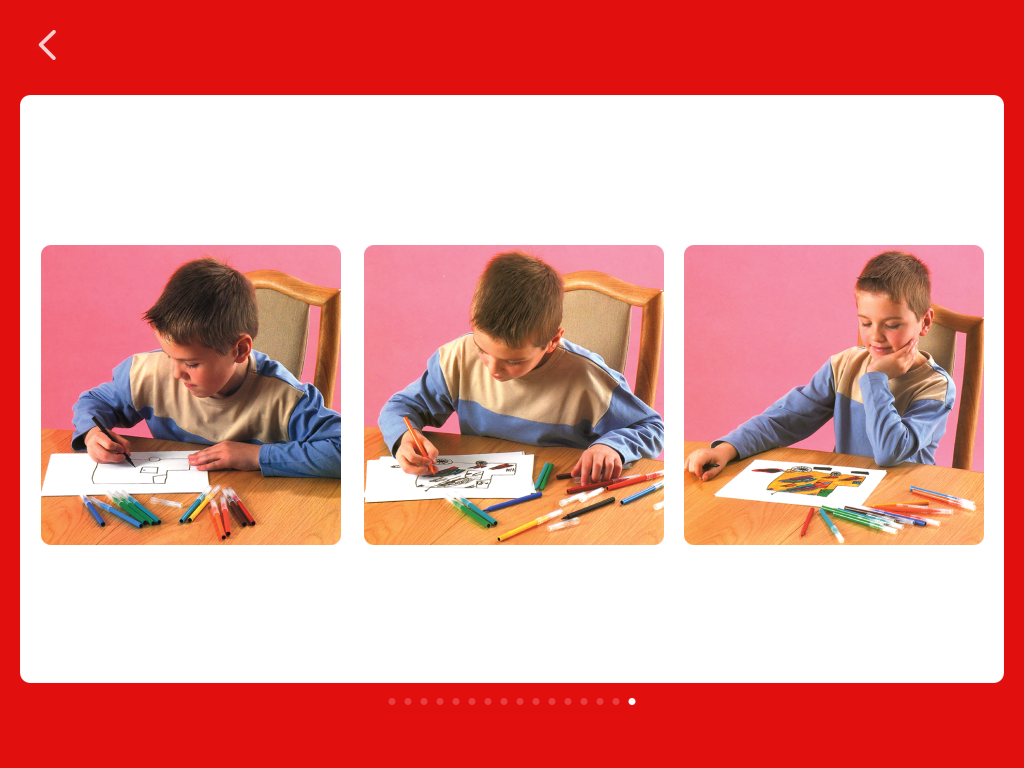 The sequences feature a mix of both adults and children, but are certainly appropriate for pediatric populations.

ColorCards Sequences: 4-Step ($1.99) has 12 sequences, which have been tried and tested with students and adults who have speech and language difficulties. 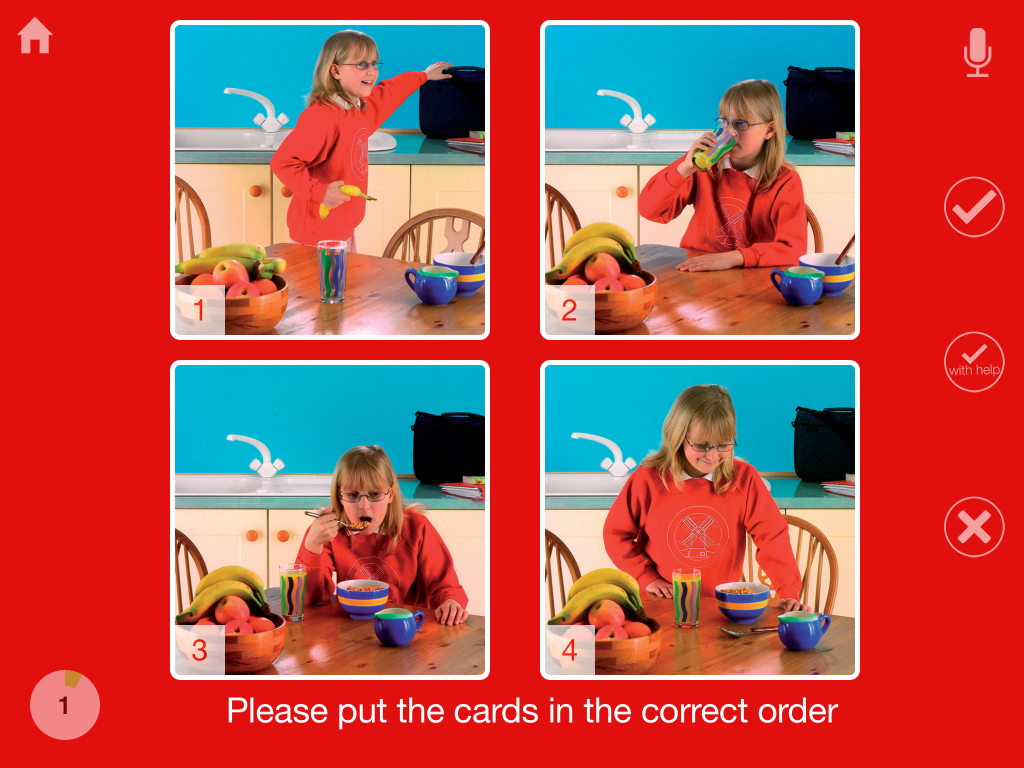 Personalize by creating and adding your own sequences. 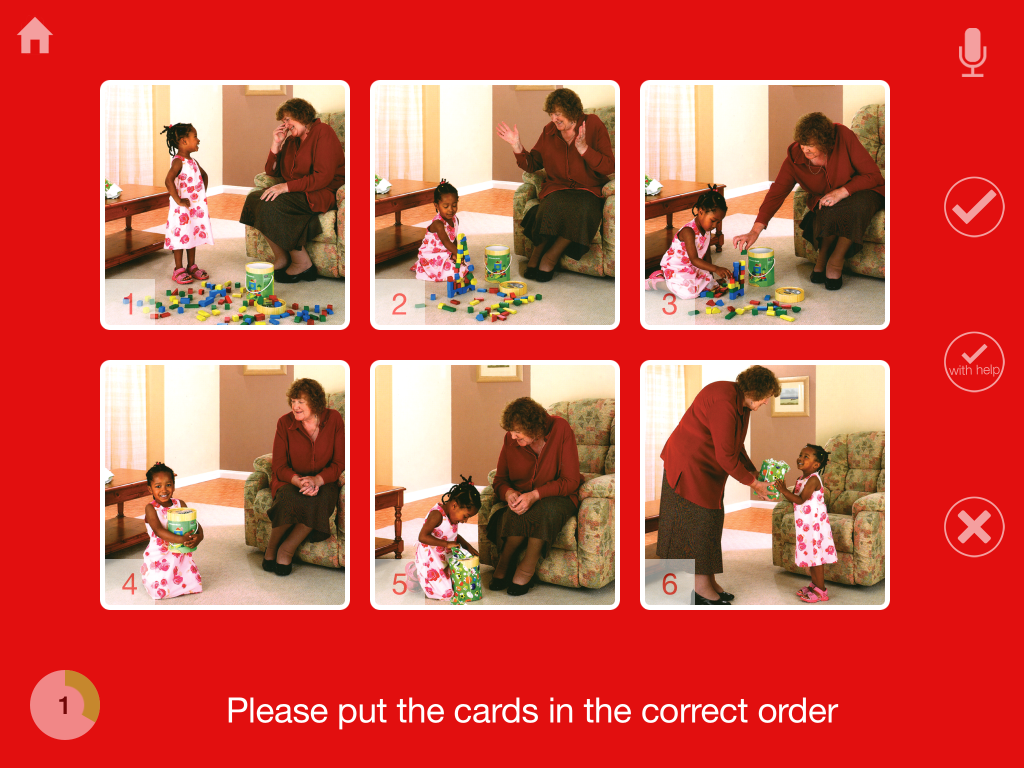 There are not many sequences in these steps, but having the large number of cards to sequence is a rare find.

Pros: Like other apps developed for both adults and children, these apps would be great for high school and middle school kids. They are mature looking but have a low skill level. I love that this app uses real pictures. Overall the set of apps is designed to improve language skills. Each app can be personalized by adding your own photos. Each app has capability to data tracking and reporting. Each app is priced at $1.99 making them very easy to access for all levels of buyers (including parents.)

Cons: If you’re treating middle school and older, these apps are appropriate. I find that even though Color Cards is saying they are good for ‘children’ the sequences would inappropriate for younger children (2nd grade and under). For example, furniture assembly would not be an appropriate sequence. In the sequencing app, I felt the picture were hard to sequence because they are not in a line from left to right in the 4-6-and 8 sequence sets.  That was too difficult for my student to understand. The higher level sequence sets also have a very limited number of sequences for practice.

Head over to ColorCards to get more info about the different apps and to purchase!

This app was provided for review, no other compensation was provided. App review comments are strictly my opinion.