Lot’s of ice and snow in Ohio this weekend. Why we only get snow on the weekends is beyond me. We had a half inch of ice this weekend and it’s going to be 47 tomorrow. But I’m hoping snow days will be in my future. Until then I’m here today to show you a new app I downloaded this week. It’s called Make Dice. 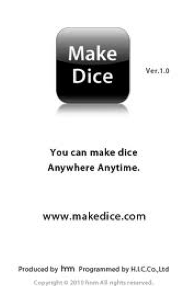 It’s a cheap app that you can use with all your groups! It was 99 cents when I purchased this app and I’ve already used it enough to make it worth it! 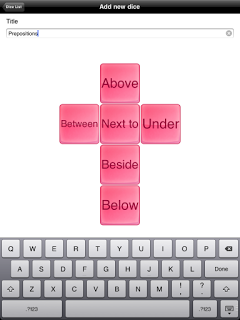 The app does just what it sounds like. Let’s you write on the sides of a die and then just press a button or shake the ipad to roll them. You can make dice for anything! A few ways I’ve already used it: Prepositions – the kids rolled on and then moved in the room to make their body act it out and say a sentence to explain  (I am below the table.) Synonyms/Antonyms: I wrote words and they had to say the syn/ant of the word they rolled. Vocabulary: I added curriculum vocab and the kids defined it and used it in sentences. Irregular Plurals: I added the singular and they name the irregular plural. Articulation: This a no brainer! Add words and go! Student names: I added the names of my kids in their groups! They like seeing their name on the dice! 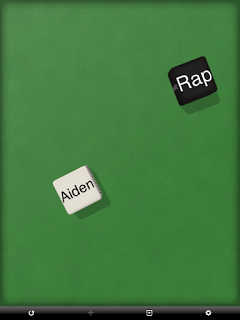 For my artic carryover group I made this die. It has things like make up a story, make up a tongue twister, rap, sing, etc. They need to make something up or retell a familiar story that has their target sound. Once they get laughing and thinking about making up a little rap – they stop paying attention to their sounds. It makes for great practice. Overall it’s a neat little app that I’ve been using to get my kids warmed up and in the swing of things at the beginning of therapy, when I have 5 minutes left over in a session, or when I need a second to write data or a note to a parent. Hope you can use it too!